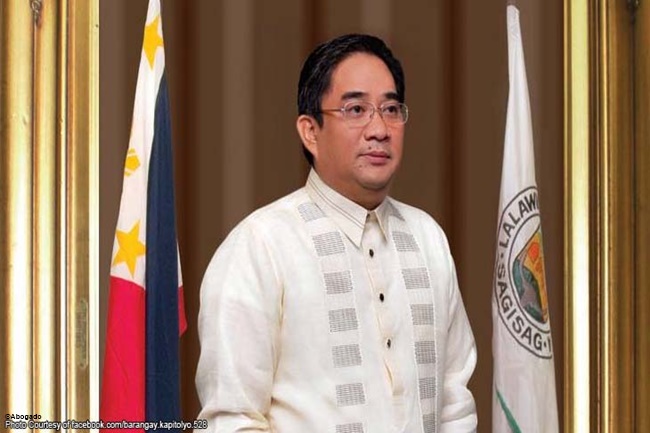 Umali escorted Marcos of Partido Federal ng Pilipinas (PFP) and Duterte of Lakas-Christian Muslim Democrats (CMD) during the rally that was originally designed as UniTeam’s meet-and-greet with pastors and residents here.

Marcos and Duterte received the loudest cheers from the audience, who were too elated to mind the hot summer weather.

In her speech, Duterte cited the huge contribution of Nueva Ecija being rice granary of the Philippines.

She also reiterated her UniTeam’s message of hope, unity and patriotism.

The Davao City mayor also said those who campaign for the “red and green” of Marcos and Duterte should just throw a “UniTeam burger” at those who seek to cancel them.

The event was organized by Umali and was held at his residence at Brgy. Soledad, Sta Rosa in Nueva Ecija.

Umali was joined in the rally by his wife, former Nueva Ecija Gov. Cherry Umali who is running for a congressional seat, his brother, reelectionist Vice Gov. Emmanuel Antonio “Doc Anthony” Umali, and other local officials.

Gov. Umali also hosted lunch for Marcos, Duterte and some senatorial candidates after the huge rally.

The enthusiasm and excitement of the Novo Ecijanos toward the UniTeam tandem reflected Marcos and Duterte’s lofty Pulse Asia survey numbers, the latest results of which have seen them pull away from the presidential and vice presidential wannabes.

After the event at Umali residence, the UniTeam candidates held a caravan from Cabanatuan City to Talavera.

This set the stage for the the UniTeam grand rally at the open field in Barangay Andal Alińo, also in Talavera.