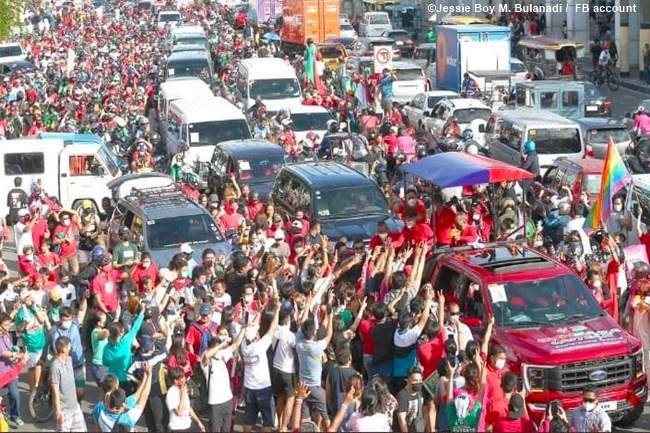 The mayors of 25 cities and municipalities in Nueva Ecija are all in behind the tandem of Partido Federal ng Pilipinas (PFP) standard-bearer Ferdinand ‘Bongbong’ Marcos Jr. and Mayor Inday Sara Duterte.

Dindo Dysico, PFP provincial chairman, said that aside from the cities of Cabanatuan and Palayan, along with the municipalities of Sta. Rosa, Bongabon, Penaranda, Laur, and two others, all the other 25 cities and municipalities in Nueva Ecija fully support the candidacies of Marcos and Duterte.

Several of the mayors confirmed this, with some of them even giving a reason why they committed to support the UniTeam.

Licab Mayor Femi Domingo said she and her constituents are voting for Marcos and Duterte because they will not forget how promptly the former came to their aid back in 2018 when they were severely hit by a storm.

For outgoing Carranglan Mayor Mary Abad, she believes Marcos and Duterte will steer the country towards economic recovery and progress, adding that his composure and lack of anger amid the gutter politics targeting him is very admirable.

For his part, Talugtug Mayor Pacifico Monta said he will earn the ire of his constituents if he will not support Marcos, though he was quick to add that he is a Marcos loyalist anyway, being a fellow Ilocano and having much to be grateful for the late President Ferdinand E. Marcos, who awarded lands to his constituents.

Meanwhile, Nampicuan Mayor Victor Badar said they fully support BBM and Sara, adding that he could not stop his constituents from supporting them, even if he wanted to.

On the other hand, Governor Aurelio Umali may have yet to formally endorse the UniTeam, but he and his wife Czarina, gave the UniTeam ticket a very warm welcome at their residence and even arranged for a mini-rally there when they visited on Tuesday.

Umali also arranged for several pastors from different congregations in Nueva Ecija who also came to pray over Marcos and Sara, as well as the members of their senatorial slate, and bless them with biblical passages.

“Today is a day of celebration because we believe that the leader, the best leader of our land should be filled with the grace of God. And today it is an honor, an honor to thank You if they will be elected. They will be elected,” Umali said.

The pastors were from the Alliance of Ministers and Ministries of Nueva Ecija, Nueva Ecija Prayer Warriors, and New Sow Center.