MARCOS, DUTERTE GIVE WARM GREETINGS TO ROMUALDEZ ON DAY OF OATH-TAKING 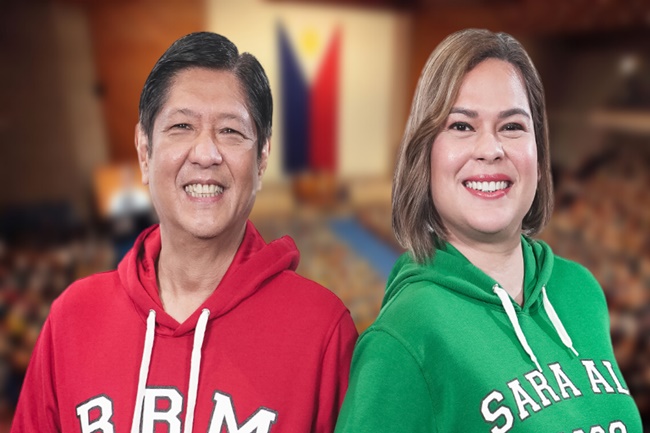 The oath-taking ceremony took place at the Remedios T. Romualdez Medical Foundation Gymnasium in Calanipawan Road here and was personally attended by Duterte, who is Romualdez’s party-mate at the Lakas-Christian Muslim Democrats (Lakas-CMD).

Romualdez sits as party president while Dutere is the chairperson.

Marcos, on the other hand, greeted Romualdez and other Leyte poll winners via video message.

“I would just like to add my congratulations to the officers and officials taking their oath today, namely of course the honorable Ferdinand Martin Gomez Romualdez who is taking his oath as congressman, the first district, and is the incoming Speaker of the House of Representatives,” Marcos said.

“I look forward to working with you all very, very closely. As I say to all our number, is that the problems we are facing now and post-pandemic are going to be serious challenges and that is why I ask all of you for your help in making the country better and making the lives of our people better,”

“But today, let us celebrate the oath-taking of our officials, and congratulations from me. Looking forward to working with you in the next six years. Congratulations sa inyong lahat,” said Marcos, who was all smiles in his video.

For her part, Duterte, in her speech thanked Romualdez for taking her in Lakas-CMD, which is among the oldest and most respected political parties in the country.

The presidential daughter also had words of appreciation for Romualdez in connection with his role as one of her two campaign managers during this year’s election.

“I’d like to personally thank publicly thank Cong. Martin Romualdez for taking me in, in Lakas-CMD and accepting the challenge to be my campaign manager, one of my two, campaign managers during the last election. It was not without…and challenges but you did very well.. 32.2 miillion votes,” Duterte said.

Duterte said Romualdez “did it all” for her, covering for even her meals during the grueling campaign season.

“So I truly thankful for all that happened because, a learning experience from me, and I am appreciative of all that you have taught me, kayong lahat, mga kababayan ko, and I commit to be beside you in the service of our country,” Duterte added.

Her other campaign manager is Davao Occidental Gov. Claude Bautista.

MARCOS, DUTERTE GIVE WARM GREETINGS TO ROMUALDEZ ON DAY OF OATH-TAKING was last modified: June 16th, 2022 by DWIZ 882