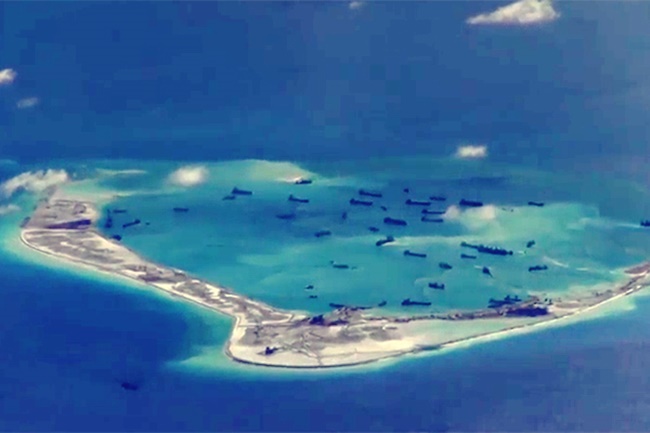 “Our improved relationship with China, however, does not mean that we will waver in our commitment to defend our interests in the West Philippine Sea. This is why we engage China through bilateral and multilateral platforms such as the ASEAN-China and the Philippines-China Bilateral Consultation Mechanism.”

“Opening lines of communication and amicably managing differences have led to positive developments that include renewed access of Filipino fishermen in the areas in dispute in the Philippines — West Philippine Sea. Participation in the ASEAN-China dialogue has also resulted to the draft framework for the Code of Conduct in the South China Sea which intends to resolve disputes by peaceful means.” Ani Pangulong Rodrigo Duterte

“We admire our Filipino migrant workers for their selflessness and courage in enduring the hardships of living away from home to provide for their families. You epitomize the innate resilience of the nation. You have shown your willingness to toil and sacrifice day-in and day-out, for the long-term good of your family and loved ones. You have also contributed greatly to the national economy, even as you help in small and big ways to the economies of our international partners.”

“This is why we strongly condemn the deaths and abuses experienced by Filipino migrant workers in the hands of their foreign employers. I have said this before and I say it again: I am a worker of government, and it is my vow to make sure that your well-being remains our foremost foreign policy concern.”

“It is for this reason that we are continuing to work with the host nations to ensure the welfare of our countrymen. I appeal to all host governments to help us, as true and dependable partners, in this endeavor.” Pahayag ng Pangulong Duterte