NO PLACE FOR COMPLACENCY WITH SURVEY-LEADING UNITEAM 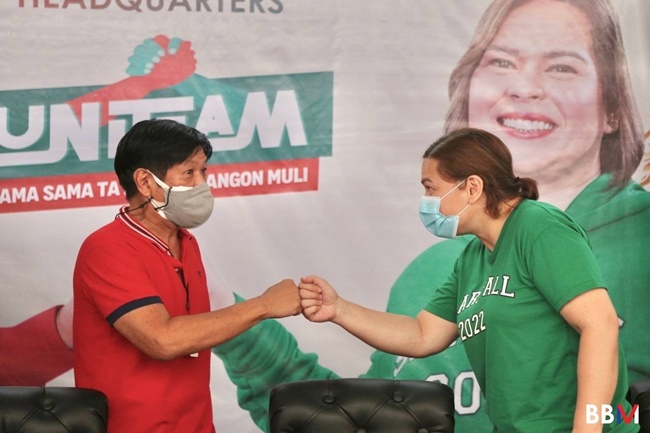 Duterte was asked about the latest OCTA Research survey results.

Instead of being lax and complacent Duterte said she and Marcos have decided to prep themselves for any eventuality.

The protection of votes has been the call of UniTeam as of late, especially Marcos, who has said that anything can happen in the polls if people let their guard down.

The results of the survey, which was carried out from April 22 to 25, showed Marcos with a voter preference rate of 58 percent, while Duterte had 56 percent.

Marcos’s closest rival had a voter preference of 25 percent, while the second-placed candidate to Duterte had 22 percent

NO PLACE FOR COMPLACENCY WITH SURVEY-LEADING UNITEAM was last modified: May 6th, 2022 by DWIZ 882