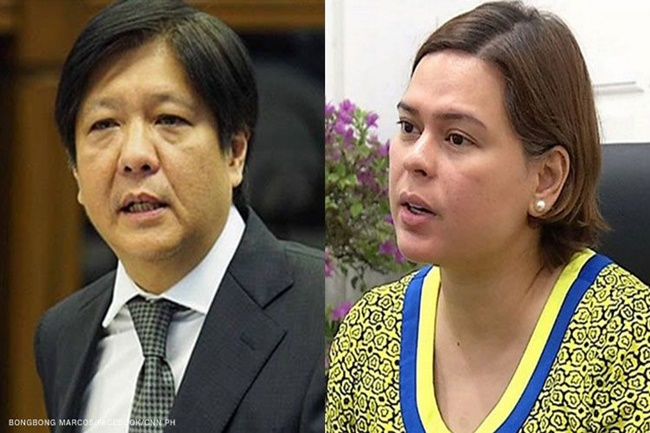 Congress, sitting as National Board of Canvassers (NBOC), on Wednesday proclaimed Ferdinand ‘Bongbong’ Marcos, Jr. and Inday Sara Duterte as the duly-elected president and vice president, respectively, in the recently-concluded national and local elections.

The proclamation came two days after Congress convened as NBOC and conducted what Senator Juan Miguel Zubiri described as the historic and fastest canvassing by Congress ever.

Based on the results of the official canvassing by the Zubiri-Romualdez committee, Marcos garnered a total of 31,629,783 votes while Duterte garnered 32,208,417 votes.

The two terminated the committee a few minutes after the last COC was canvassed to give both Congressional chambers time to issue a resolution containing the results of the canvassing.

The joint session was later resumed and Marcos and Duterte were officially proclaimed.

It took the committee just two days to finish tabulating more than 100 COCs from 81 provinces and independent cities, and those containing absentee local and overseas Filipinos’ votes.

Save for a few missing COCs that were subsequently produced or whose contents were certified by the concerned election officers, the canvass proceeded smoothly and expeditiously.

Romualdez thanked his colleagues in Congress, including senators, and candidates for a smooth, speedy and transparent canvass of votes for president and vice president.

At the same time, Romualdez congratulated newly proclaimed President-elect Ferdinand “Bongbong” Marcos Jr. and Vice President-elect Sara Duterte, who have won the May 9 vote by a landslide.

He also expressed gratitude to the other presidential and vice presidential candidates and their lawyers for their invaluable cooperation in the tabulation, which was carried live on social media platforms.

For his part, Marcos thanked everyone and urged the entire citizenry to help him in ushering a new era of progress for the country.