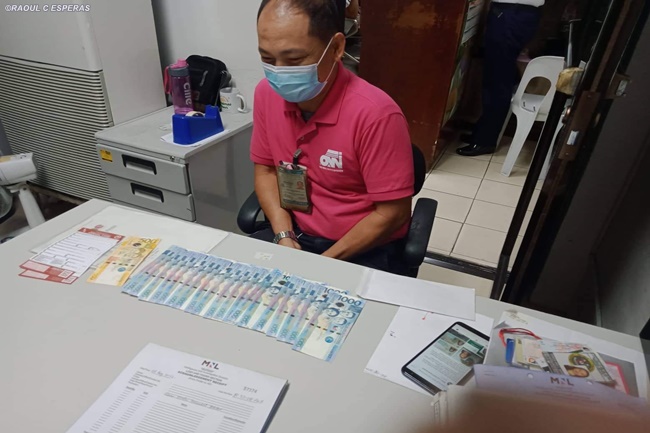 The honest Airport janitor identified as Nelson Palo of Omniworx Incorporated a a third party company contracted by Airport Authority for cleaning services at the Airport.

Palo was cleaning the Arrival Immigration area Friday afternoon when he noticed the white envelope above the Immigration table where passengers uses to fill up their arrival forms.

Palo decided to check the envelope when he noticed the thickness and there discover the money with an arrival documents with it.

Palo immedialy reported at the lost and found section of the NAIA Terminal 1 Airport Police Department that made the initial inventory of the contents.

A one health pass document under the name of a Japanese National was found in the envelope and is now the subject of a follow up by the Airport Police Lost and Found Section.

Palo a contractual third party employee at the Airport is only receiving less than P12, 000 a month but was never tempted to steal the envelope containing money left behind by a foreign national.