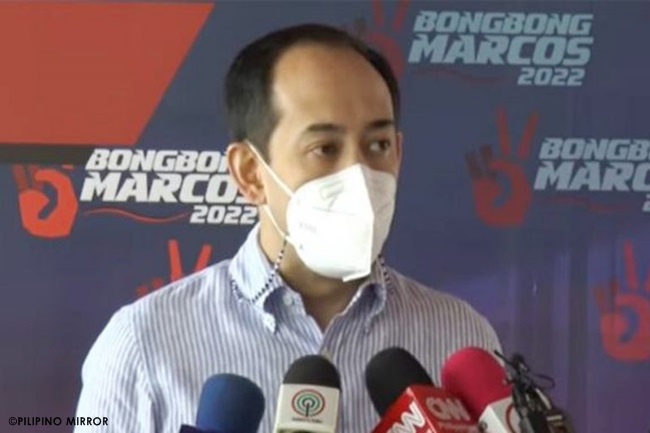 THE officials of Quezon City’s 142 barangays have taken great pride in the appointment of Atty. Vic Rodriguez as Executive Secretary by incoming President Ferdinand ‘Bongbong’ Marcos Jr., even as they hailed him for providing exemplary service as barangay and a city government official when he first started in public service.

The city’s barangay officials also said that the appointment of Rodriguez, who is a native of Quezon City and previously served there, inspired them to dream that they could also become national leaders someday.

Rodriguez had 10 years of public service in Quezon City, first starting as a barangay kagawad, and later on becoming the youngest barangay captain in District 4, at the age of 19, while giving service on a city-wide scope as he concurrently headed the city’s community welfare service department.

For his part, Rodriguez who was honored and privileged to be conferred the recognition, humbly shared the award with the barangay officials.

He added that the familiar faces in the group who attended the ceremony made it feel like a homecoming for him.

Inspiring them to do their best in leading their respective barangays, Rodriguez pointed out that it is a great distinction to be a barangay official in Quezon City.

He described it as a great honor since it is already comparable to being a local government chief executive in a municipality in the province.

Rodriguez likewise took the opportunity, on behalf of President-elect Marcos,  to thank the barangay officials for the overwhelming votes that the latter garnered in the said city.

The incoming Executive Secretary also assured them that, as he returns to public service, this time on a national level, aid will be promptly given, if possible, to any barangay needing assistance, not only in Quezon City but in the whole country, regardless of political affiliations.

“One of the good traits of Pres. Bongbong Marcos is that he can look beyond political colors, he can look beyond politics… it is very clear to him that he will serve, not just the more than 31-million Filipinos who voted for him, he is now the leader, he is now the representation, he is now the President of the 110-million Filipinos out there. So, kami ay nanghihingi ng inyong taos-pusong suporta at maraming panalangin sapagkat alam namin na napakataas ng expectation ng sambayanang Pilipino sa liderato ng susunod na Pangulo, si Pangulong Ferdinand Marcos Jr.,” he stressed.