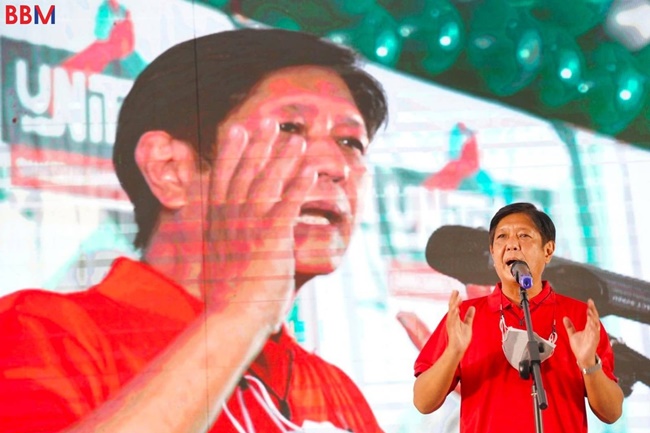 THE camp of President-elect Ferdinand ‘Bongbong’ Marcos Jr., is now in the process of searching and looking for most competent and qualified officials for the cabinet positions of the incoming administration.

This developed as Atty. Vic Rodriguez, chief of staff and spokesperson of Marcos, announced that the most important qualifications for the cabinet position are the applicant’s love for country and patriotism.

Earlier, Marcos announced the nomination of his running mate incoming Vice President Inday Sara Duterte as the secretary of Department of Education (DepEd).

“I would like to announce that Chairman Benhur Abalos has been nominated to the Department of Interior and Local Government and he has accepted the challenge,” Rodriguez declared.

“We will give you updates from time to time as soon as there are names that I can announce for the other  positions,” Rodriguez said.

“We only have two names that we have announced so far, that is Vice President-elect Inday Sara Duterte, for the Department of Education and just now I’m announcing the nomination of Chairman Benhur Abalos to the Department of Interior and Local Government,” he added.

Rodriguez also assured that all the applicants for different positions will undergo thorough vetting process to make sure that they are in line with the president-elect’s program of government.

Love for country and patriotism are primary requirements for BBM’s cabinet was last modified: May 14th, 2022 by DWIZ 882

NOW TIME TO PUT POLITICS AND DIVISIVENESS BEHIND US – SARA