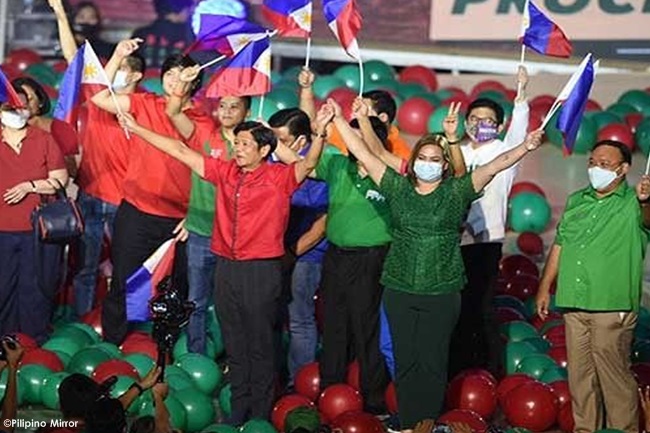 REINA Mercedes, Isabela – HOUSE Majority Leader and Lakas-Christian Muslim Democrats (CMD) President Martin G. Romualdez on Tuesday called on all candidates and political parties to further unite for the good of the country, as he extended the unity message of the UniTeam where Lakas-CMD vice presidential candidate Davao City Mayor Sara Duterte is running alongside Ferdinand “Bongbong” Marcos Jr.

Romualdez, who joined the campaign of the UniTeam in Cagayan and Isabela, said the country’s political leaders, political parties and those who are running in the upcoming elections, particularly those who are seeking national positions should work together as this is what the Filipinos wanted.

The Lakas-CMD president issued the call after journalists covering the effort of the UniTeam to solidify its hold of the Northern Luzon asked him about the candidates and parties, especially the PDP-Laban joining the BBM-SARA tandem.

Romualdez said everyone, including candidates and members of other political parties is free to join the UniTeam and become a part of its call and patriotic movement of uniting Filipinos and the country.

The Lakas-CMD president said the Cagayan and Isabela sorties were just the start of the UniTeam’s effort to solidify the “Ilocano” vote behind the BBM-SARA tandem.

“My word is my bond,” says BBM in joining the SMNI presidential debate