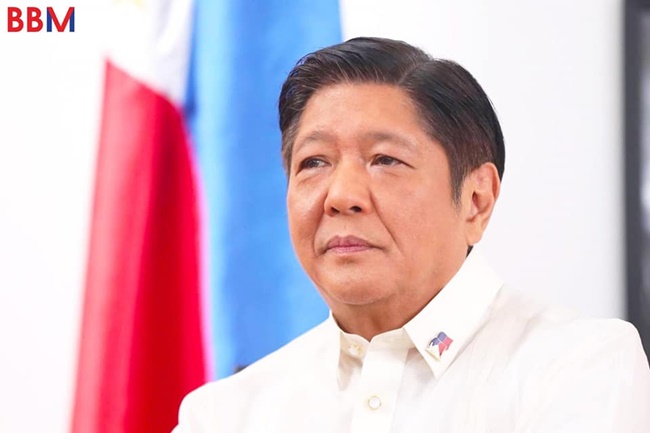 INCOMING President Ferdinand ‘Bongbong’ Marcos, Jr. discussed strengthening various areas of cooperation such as economy, trade, food security, defense, pharmaceuticals, education, culture, and energy, among others, as he met with more members of the diplomatic community on Friday.

This, as ambassadors from Poland, New Zealand, Bangladesh, Nigeria, and Australia, met with him during separate courtesy calls.

Facing the media after their meeting, Australian ambassador Steven James Robinson said their discussion covered the long-standing relations between Philippines and Australia, which he said has gotten stronger, broader and deeper since its start during the 1800’s.

Robinsons added that they discussed the area of defense, particularly the cooperation between the Australian defense force and the Armed Forces of the Philippines, the training that they conduct with the AFP and Australia’s strong support for the Philippine military.

He added they also discussed the growing people to people links between their two countries and how to build on these linkages to promote strategic partnership between the two nations, as well as the developments in the West Philippine Sea.

“I think President-elect Marcos is going to take either a measured or balanced approach, in terms of how he approaches all of these issues to seek the best outcome,” he said.

For his part, Jaroslaw Szczepankiewicz, Chargé d’ Affaires of Poland, said they discussed possible expansion of cooperation, especially on food security and defense, adding that Poland is producing Black Hawks for the Philippine Air Force.

He added that Poland also committed to help in the post-pandemic economic recovery using its expertise being the first digitalized administration in the European Union.

“We also discussed the increase of the people to people contacts in the context of first, overseas Filipino workers coming to Poland, second constant increase in numbers and opportunities for the development of cultural and scientific cooperation, and third in terms of the Polish scholarship to the Filipino students,” he said.

Meanwhile, F.M. Borhan Uddin, Ambassador of Bangladesh, said he and Marcos had a fruitful discussion in boosting cooperation in agriculture.

Uddin said they also discussed extending the cooperation between the Philippines and Bangladesh to pharmaceuticals and trade in the industries of ceramics, glass fiber, and garments.

Bangladesh is enjoying a boom in the pharmaceutical industry, exporting medicines to at least 140 countries around the globe, including the United States and European Union countries.

“So, we are hoping to enhance our cooperation in this sector also, and maybe there will be some investment from Bangladesh here in the Philippines in this sector,” the ambassador said.

To recall, Marcos earlier expressed his intention to boost the local manufacturing of generic medicines.

Peter Francis Tavita Kell, Ambassador of New Zealand for his part disclosed that they discussed beefing up existing areas of cooperation, particularly in strengthening peace, prosperity, and stability in the Asia Pacific region.

“We also discussed the contribution that the Filipino community makes to New Zealand, we discussed the opportunity for more travel between our two countries, tourism, education,” he continued.

For her part, Folakemi Ibidunni Akinleye, Ambassador of Nigeria, said she and BBM discussed areas of cooperation in agriculture, gas, natural gas, technology, and finance, among others.

“We discussed everything that these two countries can benefit from because the truth of the matter is that the whole world now needs collaboration, we’ve seen what has happened after the pandemic, and the Russia – Ukraine war has changed the dynamics, so we need more collaboration and that’s what we discussed,” she said.

With Nigeria being the No. 12 oil producer in the world and number 3 producer of natural gas, the ambassadress said they could help the Philippines by supplying oil and natural gas.