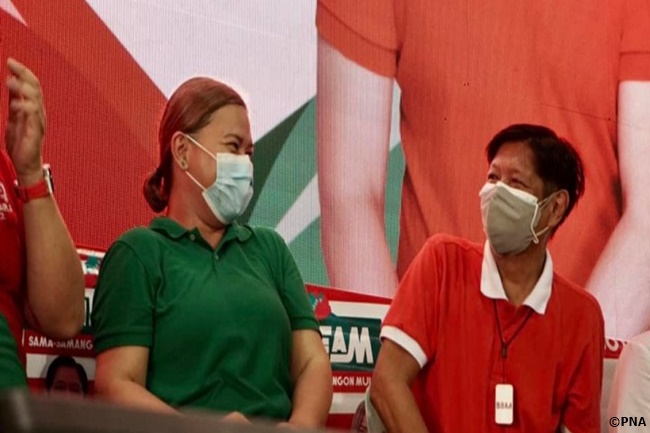 The supporters came from various parts of the province  to listen and show their support for the entire UniTeam ticket.

BBM and Sara were greeted with chants  of “panalo ka na,” when they showed up in the stage.

Sara for her part thanked the supporters and told them that she believes in their promise to give them victory.

GMA, meanwhile introduced Marcos to the Kapampangans as the next president of the Philippines.

In his speech, BBM encouraged everyone to stay the course, be united and remain vigilant until their victory is attained.

The supporters also said that they were excited to go to Edsa for the victory party of the UniTeam.

SARA GETS MORALE BOOST FROM KAPAMPANGANS AHEAD OF POLLS