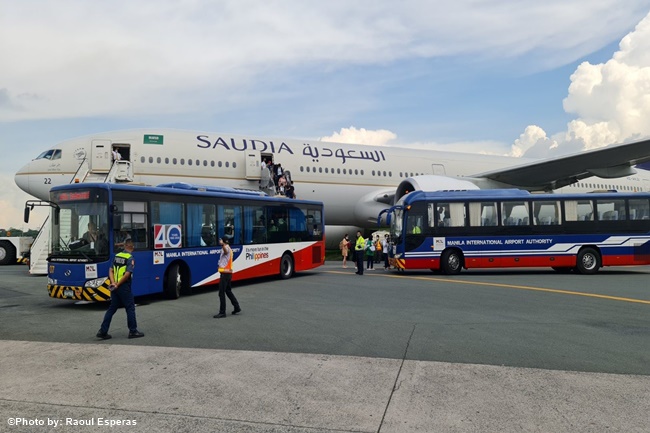 Saudi Airlines Flight SV 861 was cancelled after the arriving flight SV 862 from Riyadh overshoot taxiway Echo 5 and the right landing gear  of the aircraft was stuck at the grassy portion for almost 3 hours.

As a result of the incident, Saudi Airlines Flight SV 861 was cancelled today, it was schedule to depart around 3:40 Monday afternoon but due to the incident the aircraft was declared unsafe to continue it’s flight  until the Civil Aviation Authority of the Philippines will determine if the Aircraft is safe.

SV 861 is bound to Riyadh with 356 passengers, all of which were offered Hotel accommodation and meals by Saudi Airline

There is no clear information as to when will the replacement Aircraft  arrived.  — story by Raoul Esperas (Patrol 45)