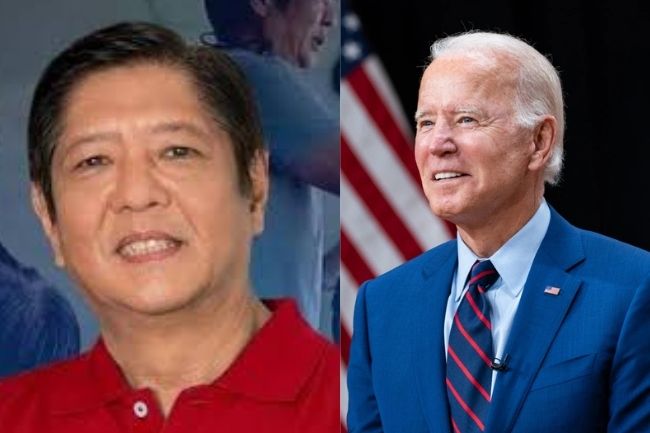 IT was a brief phone call, but US President Joe Biden’s telephone conversation with Philippine President-elect Ferdinand ‘Bongbong’ Marcos Jr. could be one of the most important messages for his incoming administration.

Biden called Marcos around 9 a.m. (local time) and congratulated him on his overwhelming victory that saw more than 31 million Filipinos rallying behind the former senator’s call for unity.

Marcos was grateful for the acknowledgement of his victory by the American president.

The two leaders spoke of strengthening of ties in trade and diplomacy, as well as their common interest in democracy, self-determination, economic recovery.

Marcos assured Biden that “the Philippines has always held the United States in high regard as a friend, an ally, and a partner.”

“I have also invited President Biden to my inaugural on June 30, which could further fortify the relationship of the two countries,” he said.

A statement released by the White House later confirmed the conversation between Biden and Marcos.

“President Joseph R. Biden, Jr. spoke today with President-elect Ferdinand Marcos Jr. of the Philippines to congratulate him on his election,” the statement said.

It added that President Biden underscored that he looks forward to working with the President-elect to continue strengthening the U.S.-Philippine Alliance, while expanding bilateral cooperation on a wide range of issues, including the fight against COVID-19, addressing the climate crisis, promoting broad-based economic growth, and respect for human rights.

In an earlier statement, US State Secretary Anthony Blinken also congratulated Marcos and acknowledged the long-standing relationship between the two countries that “is rooted in a long and interwoven history, shared values and interests, and people-to-people ties.”

“As friends, partners, and allies, we will continue to collaborate closely with the Philippines to promote respect for human rights and to advance a free and open, connected, prosperous, secure, and resilient Indo-Pacific region,” Blinken said.

The US is the Philippines’ traditional ally and their friendship was cast in stone in 1946, right after they emerged victorious against Imperial Japan during the 2nd World War.