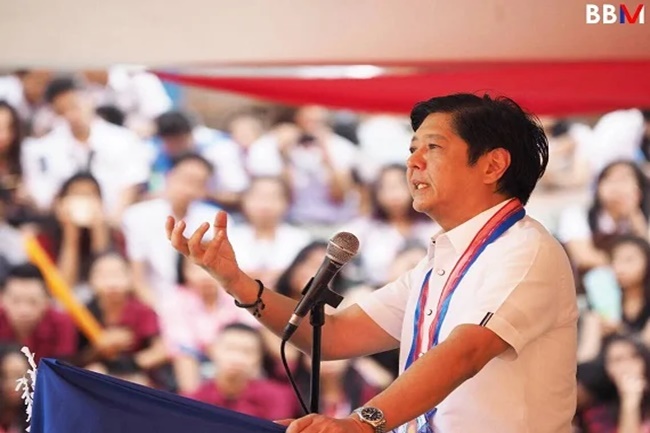 Addressing problems hounding the labor sector to ensure better labor conditions for the country’s workforce shall be among the priorities of Partido Federal ng Pilipinas (PFP) standard-bearer Ferdinand ‘Bongbong’ Marcos Jr. when he is elected president in May.

In a meeting with officials of the labor-focused party-list groups, Trade Union Congress of the Philippines (TUCP) and the Associated Labor Unions (ALU), Marcos discussed the problems and issues that lay siege to the sector and outlined his plans and programs to address them.

While he supports the creation of a separate department for migrant workers, Marcos said all the other agencies that deal with the labor sector should be streamlined.

TUCP Party-list Rep. Raymond Mendoza, for his part, conformed with Marcos’ plans to streamline agencies, noting that overseas workers have met difficulties in their overseas employment, especially among household contract workers in the Middle Eastern countries.

In line with his aim of ensuring better labor conditions for workers, Marcos also expressed interest in making into a priority bill the Security of Tenure Act, which aims at amending the Labor Code to further protect workers’ rights by prohibiting labor-only contracting in the private sector.

However, he pointed out that the version of the bill that President Duterte vetoed in 2019 for “unduly broadening” the scope of labor-only contracting, and effectively banning other forms “that are not particularly unfavorable to employees,” should be amended to ensure that it will live up to its aim of further protecting workers’ rights.

Meanwhile, Mendoza, who is also TUCP president, raised the need to hire additional manpower for agencies such as the Philippine Overseas Employment Administration and the Overseas Workers’ Welfare Administration to enable these agencies to better serve the welfare of at least 10-million migrant Filipino workers.

The presidential candidate said this is why he sees the need for streamlining the agencies concerned so that there will be an agency focused solely on local workers and another one on overseas workers.

However, he stressed that the end goal would be to make overseas employment merely an option for Filipinos.

TUCP, the country’s largest labor group, earlier endorsed the candidacy of Marcos and his running-mate Inday Sara Duterte in the upcoming 2022 national elections.

TUCP spokesperson Alan Tanjusay said there was an overwhelming response from their 1.2 million-strong members to support the UniTeam tandem (Marcos and Duterte) when they held a string of consultation meetings with TUCP members all over the country recently.

Most of its members come from major industries such as service, agriculture, and manufacturing from Luzon, Visayas, and Mindanao.