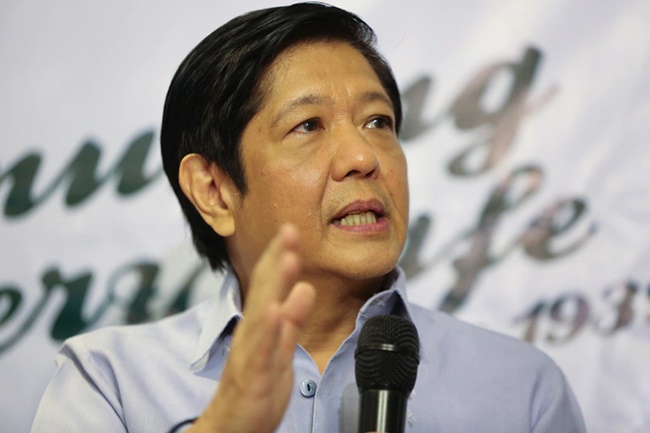 On Wednesday, the highlights of the round of courtesy calls included cooperation on climate change responses, renewable energy, and improving food production through agricultural developments, and education.

During a media briefing after his courtesy call, Bjorn Jahnsen, Chargé d’Affaires of Norway, disclosed that the main topic of their discussion was climate change and renewable energy, adding that he invited Marcos to a conference they are organizing on Maritime and Energy issues.

The envoy further bared that Norway plans to increase its imprint on renewable energy in the country by bringing in technology for harnessing energy sources such as offshore winds, floating solar, and hydro.

“I mentioned to the President-elect that according to a study by the World Bank, the world map on offshore winds in the Philippines, which we think will be an important new sector in the country, presents great opportunities for the Philippines in the future,” he said.

“The World Bank talks about up to 50,000 jobs, well-paid jobs for Filipinos, if you are successful in developing this new sector,” the envoy added.

“Offshore wind is basically, the best wind resources in the Philippines…Norway had one of the biggest projects of this… and this is a great opportunity for the Philippines for a plenty supply of energy,” he elaborated.

“As you know, the country is growing in the economy, and energy consumption is increasing so, offshore wind is really one of your best bets for the future,” he continued.

Bjorn also said Norway is bringing a 100-year-old sailing ship to the Philippines in October.

He added the trip of the said ship, which will include Filipino cadets among its crew, is part of an expedition around the world that will focus on climate change, sustainability of the oceans, and plastic in the oceans.

For his part, Juha Markus Pyykko, Ambassador of Finland, said he and the incoming President had a “very, very useful constructive fruitful meeting”.

They discussed issues like the economy, human rights, the situation in the Indo-Pacific region, climate change, digitalization, education, and the ongoing Russia-Ukraine war, among others.

Aside from expressing gratitude for the contribution of the Filipino community in Finland to their society, the ambassador also proposed reviving bilateral dialogue on educational policies and digitalization, especially in education.

Meanwhile, Dr. Titanilla Toth, Ambassador of Hungary, said she is looking forward to expanding the cooperation between Hungary and the Philippines in the field of agriculture, water technology, and education, adding they could provide more scholarships for Filipinos.

She added Hungary is also looking forward to opening more employment opportunities for skilled Filipino workers in the hospitality sector like hotels and also in factories.

On the other hand, Raduta Dana Matache, Ambassador of Romania, expressed great appreciation in her meeting with Marcos, adding that his warm reception of the diplomatic corps send a strong message that the Philippines is open to cooperation all over the world.

Matache said that with the Philippines and Romania are celebrating an important milestone this year – 50 years of having diplomatic relations, and that he and the President-elect discussed areas where cooperation could be further enhanced.

These included, she added, agriculture to address the looming food crisis; energy; education; and culture, among others.

“Everybody in the world is interested in how to expand the use of clean energies, and I believe we have agreed that there is ample room for cooperation in this area. We touched upon several other issues like the regional context in the Philippines and Romania,” the ambassador said.

Bartinah Ntombizodwa Radebe-Netshitenzhe, Ambassador of South Africa, also had a courtesy call with Marcos on Wednesday.